Shark Diving: Should You or Shouldn’t You? I wouldn’t. Would You? 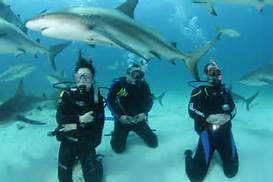 I’m a scuba diver. I’ve been diving for twenty years ever since I was certified. I loved suiting up and going underwater. For me, there’s a certain tranquility down below watching nature at its best. Unless you’ve ever dived, you haven’t a clue as to what I’m saying, but take my word for it, it’s like nothing you’ve ever experienced before. When I dive, I’m always careful about my balance and buoyancy. I’m always cognizant of where my hands and feet are. I never want to harm any life. No matter how small. I read about diving when I’m not doing it. This leads me into the purpose of this post. 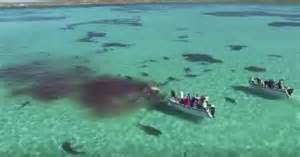 
I recently read an editorial in a diving magazine about what their stance was on shark feedings. People always ask whether or not they support it. Their reply was, “It’s complicated.” Of course, they must be politically correct or they lose the business of shark diving industry and they couldn't let that happen, could they. I don’t understand why. I get that shark tourism is a big business that rakes in millions of U.S. Dollars a year. Many people participate. Therein lies my problem with it. Shark feeding puts the sharks at risk. It changes their natural behavior. They lose their natural fear of humans. That isn’t a good thing. Some say that puts the humans at risk. I disagree. Why? Look at the plight of our companion animals as the best example why shark feeding shouldn’t be allowed and why shark tourism should be ended. Done. Over. Fini. 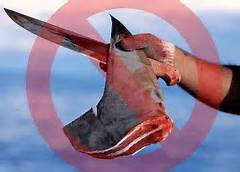 Dogs and cats trust humans. Rabbits and horses do, too. Even some wildlife trust humans. But for ease of understanding, we’ll use dogs and cats. They go to us for food, for help. When a stray animal is hungry or injured, they seek us out. That is their downfall. How? Take a look at the animals in Asia. A dog or cat walking along the street is open to poisoning, beatings or worse. They are taken off the street and placed in the dog meat markets where they are tortured to death, then consumed by humans. How about the dogs and cats that are stolen from pet owners for the same end? If dogs and cats had a fear of humans, this would be less likely to happen because when they saw a human, they’d flee. Companion animals aren’t just tortured to death in Asia. Other countries are no more humane. Many countries such as Turkey, Egypt and more could care less about animal welfare. Even the U.S.A. enjoys torturing and murdering animals often under the guise of puppy mills or hunting. Other dogs and cats are poisoned, shot out, beaten or starved to death. Certainly, you heard about the female Veternarian murdered a feral cat with a bow and arrow and proudly posted the photo on Facebook. Worse, the cat turned out to be a family cat. 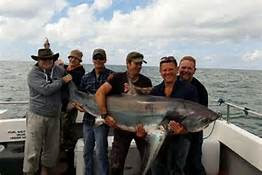 Shark Hunters. Don't they look so very proud? Just how many of them did it take to catch that one small shark?

Take the plight of the black bear as another example. When they get to use to humans and an attack results. That bear is put down. Killed and it wasn’t the bear’s fault. The bear was operating on instinct. The bear doesn’t know right from wrong, but humans do. Humans know not to feed the bears; give them Oreos to eat, or worse give them a baby to hold, but that is what humans do. Humans are stupid, yet it is the animals that pay for our stupidity. Why should we subject sharks to that same cruelty? “It’s estimated that 38 to 100 million sharks are killed each year. Not in protection, but for hunting. There exists a demand for shark fins by various countries mainly in Asia. Many sharks are caught, their fins cut off and then, they are thrown back in the water to suffer a long, painful death. Is that what we want for sharks? Feed them? Let them swim up to you and then, they come to associate us with food and “good things”. No. That just makes it easier for the animal cruelty to begin. No. That isn’t for me. Be damn the shark feeding and the businesses that thrive on it.  They can find another avenue of income. 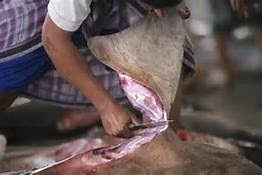 Shark finning. Sharks without fins die a slow, horrible death.
For me, the answer as to whether shark feeding should be allowed is not complicated at all. Leave the sharks alone. Sharks have been around for millions of years. They exist for a purpose. That purpose isn’t to attack humans. In fact, according the Fisheries Blog, an American has a 1.625 in 1 million chance of being injured by a shark. There’s no reason to bring them any harm. Leave them alone. Let them live. If not, one day, the only shark you’ll see is a toy stuffed one, or the remains of one on some idiot’s wall. For me, I shall continue to scuba dive, but I will never willingly put any animal in danger to have fun. It just isn’t right. It just isn’t humane. Here’s an idea though, I can get behind. How about we feed the stupid to the sharks? I’m one for the animals. Are you? http://onefortheanimals.blogspot.com    is the blog I created just for the animals. But this issue isn’t just about animals. This post is about tourism and this consumer had to speak up. That is my opinion. What’s yours? Are you a scuba diver? Snorkeler? Have you ever seen a shark feeding? What do you think? Let’s talk…. 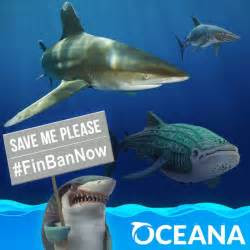 Want to help protect Sharks? Contact your local government representatives and tell them to say no to Shark tourism.

Sign petitions when you can. Here's one you can add your name to. I did: Tell Congress To Ban The Trade Of Shark Fins In The U.S.

Inhumane shark finning is driving some species to the very brink of extinction.

For more information:
See the editorial that inspired this post in the March/April 2017 issue of Scuba Diving magazine pages 8 to 9.

The question of whether to participate in a shark dive is explored further in an article in the same magazine above, beginning on page 42. 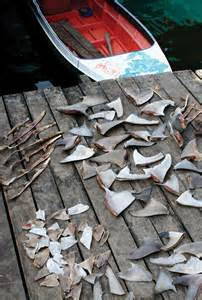 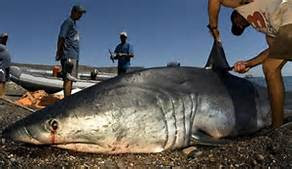 Whale shark ecotourism: the good, the bad and the ugly
http://www.deepseanews.com/2012/08/whale-shark-ecotourism-the-good-the-bad-and-the-ugly/

Eco-Tourism May Be Good News for Sharks
http://www.livescience.com/18957-sharks-good-news-eco-tourism.html

Save the Sharks By Swimming With Them
Ecotourism is helping promote shark conservation around the world—while also boosting local economies.
http://www.smithsonianmag.com/travel/save-sharks-swimming-them-180952302/

That’s it for this time. Thank you all for visiting with us. Until next month, every one please stay safe. Smile. Be happy. Show compassion. Be nice to others. Put a little love into your heart. Please speak up for those without a voice, whether it be a dog, cat, elephant or monkey.  One person, one voice can make a difference. Read a book. Review it. Share it. Pass it along. 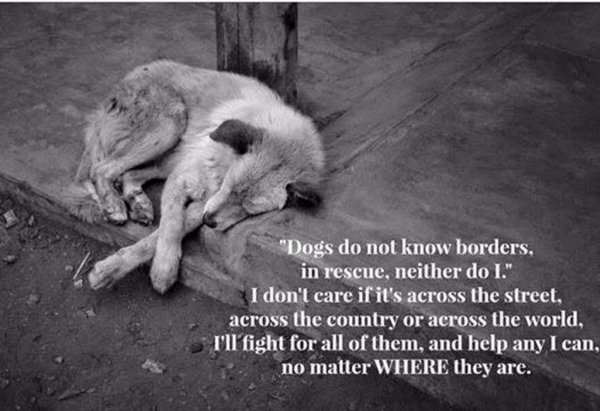 Make adoption your first option when seeking a pet. Adopt. Don’t shop. Can’t adopt. Please consider fostering one. The animal will have the taste of home and the shelter will cover the expenses. Can’t foster? Make a donation or volunteer at your local shelter. Please, don’t hunt. Unless you’re starving down in a ditch somewhere, there is no logical reason to do so. Whatever you do, however you do it, please be a voice for the animals large and small. All it takes is one to make a difference, good or bad. 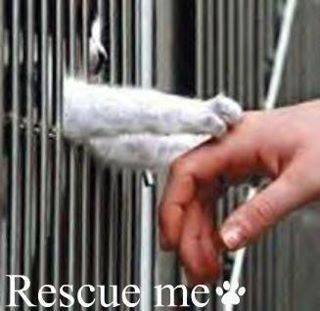 Together, you and I can make a difference. If you like what you see here, please consider signing up to become a follower. Please feel free to share this post with others.
Regards,
S.J. Francis   Writing is my passion, but animals are my world.
In Shattered Lies: "Good and bad, it's All About Family."  Available now from Black Opal Books and for sale at on-line retailers and independent booksellers.
“Some secrets should remain that way.” 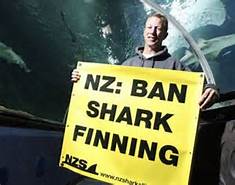 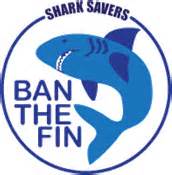 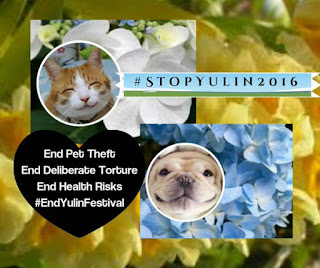 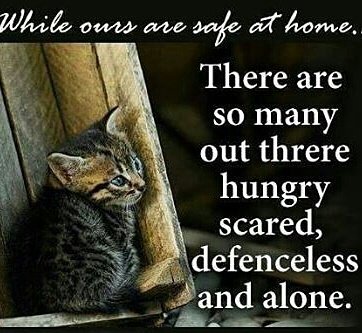 And now for some legal stuff: Copyright 2017 by S.J. Francis. Opinions expressed here are solely those of the author, S. J. Francis and are meant to entertain, inform and enlighten, and intend to offend no one. 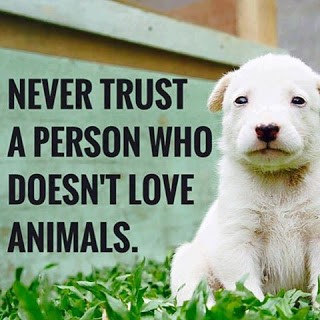